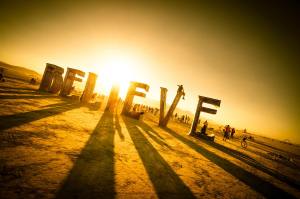 All of those things do have an effect, even if we don’t think they should. But my current favorite film focuses on a different answer, and it’s got me thinking.

The way you behave should be largely shaped by what you believe in. And if it isn’t, it’s time to take a hard look at either your behavior, or your beliefs.

I can give you a long list of things I do not believe in, and an even longer list of kind-ofs to which I can add many qualifiers. But today, I’m forcing myself to make a short list of simple virtues in which I firmly believe. Virtues that can shape my everyday actions, you know, Wonder Woman style.

This should be easy. I have plenty of beliefs. I’ll pick one.

I believe in tolerance. That means letting me be me and letting you be you. Yes, I can hear the qualifiers creeping already. No one should tolerate one human harming another. Okay, I agree. But what do we do on the fringes? The barely harming that some say isn’t harming at all?

I live in North Carolina and the confederate flag is a great example. I cringe when I see it. I have neighbors who find that intolerant. I find the flag itself intolerant. We are at an impasse, my neighbors and I, each unwilling to tolerate each other’s intolerance. What a mess.

So let me try another word. I believe in inclusion. Young, old, all races, religions, sexual orientations and body types. We are all beautiful. Except, of course, for the people who think we are not. They’re ugly.

Try again. I believe that we all need to accept each other as equally valid expressions of what it means to be human. No one gets excluded from anything based on the bodies they were born into, the cultures that raised them, or the personal preferences they now have.

Hey, I think that works.

That does not mean we have to tolerate each other’s bad behavior. In fact, at some point we have to act to stop it. And no, I don’t know exactly where that point is but I am sure it exists.

I believe in tolerance. I do. Tolerance means you’re beautiful, because you are a miracle and  I’m beautiful because I am one too.

We both need to act like it, and that is my belief for the day.

(For more Wonder Woman inspired thoughts, see Top Requirement for a Superhero,  It’s About What You Believe, I believe in appreciating those who protect us. All of them, and Believe in Tomorrow.)