Laughs are precious these days. I turn on the news or open my computer with a vague feeling of dread. It’s always nice to be surprised by a little humor instead, so today I’m sharing a few of my favorites from Facebook. Links to like are at the bottom of the post. Please do.

Along with my growing appreciation of anything that gives me a smile, I notice that I am also becoming bolder in expressing my opinions. This week I had my first letter to the editor published in our local newspaper. Encouraged by how easy that was, I just sent in my first ever Op-Ed piece, a guest editorial on North Carolina’s infamous bathroom bill. In case you haven’t heard, you are watching NCAA championship games being played in South Carolina right now because North Carolina has a law that so blatantly discriminates against the LGBT community that even the NCAA will not hold games in our state. 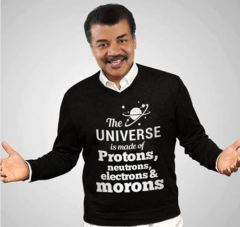 These days I find myself compelled to share my true beliefs with friends, relatives and strangers once they confront me with theirs. I’ve never been one to argue politics, and I still won’t be the one to bring the subject up first. I like getting along with people. But I’m also finished pretending to be disinterested, uninformed or hard of hearing when others express opinions with which I don’t agree, or worse yet which I find abhorrent. I wish to treat people gently and to listen to them with respect, but allowing myself to thoroughly disagree has improved my state of mind almost as much as the humor.

Part of my growing politicization is that I have decided that I do not have to apologize for thinking the following:
1. Education is a wonderful thing. However you make your living, knowledge makes you a better person.
2. Open mindedness is a wonderful thing. What ever your religious beliefs, being hateful to any group does not please anyone’s God. I think every holy book on the planet is pretty clear about this.

This does not make me an elitist or a snowflake. Education makes us smarter. Open-mindedness makes us kinder.

Finally, the past few months have brought me back to reflecting on two of my favorite topics: time and change. I am astounded that a large group of Americans (larger than I thought) believed that they could live in the same town they grew up in and do just what their parents did and they were somehow guaranteed that would make them a good living. This is basically an assumption that society won’t change over time. Of course it will. Moving, learning new skills and adapting to a changing world are part of survival.

Furthermore, much of this same group seems to believe that someone promised them that their culture, ethnicity, religion or social beliefs would always reflect the majority view just because they once did. Demographics and societal norms change. It makes more sense to work to improve the world that it is, than to fight to make it the way is used to be.

Most people like their cell phones and enjoy their iPods. I suggest that they wake up to the fact that that those are not the only ways that 2017 is different from 1957 and consider embracing this new millennium. They might find that it has a lot to offer everyone.

(If you enjoyed the humor, please go to Facebook and visit and like Neil Degrasse Tyson Fans, Paid Liberal Troll, and Liberal Progressive Democrat.)

One thought on “Smarter, kinder and living in 2017”